Triathlon Saskatchewan is the provincial multisport governing body.  We provide leadership and governance to foster a safe, fair and enjoyable multiport experience.  We support the development of Saskatchewan triathlon, duathlon and multisport athletes from novice to high performance through coaching education, officials training and club and membership development.

Mission Statement: To support the development of Saskatchewan triathlon, duathlon and multisport athletes from novice to high performance through coaching education, officials training and club and membership development.

Vision Statement: Provide opportunities for members to be successful in multisport activities.

I am from Prince Albert and have lived here almost all my life. I have been in the construction industry for the last 38 years. I have been married since 1987, and have three children and one grandchild.

I watched the Frank Dunn Triathlon in 1986 and decided that I could do it, there were a few people that I knew competing. So that winter I taught myself to swim, which was no easy task.

So in the summer of 1987, drove to compete in the Weyburn Triathlon, hoping that I would not know anybody! This is where I met a Saskatchewan Triathlon legend in Don Gallo. I finished that race and absolutely fell in love with this sport. Also completed my first Frank Dunn a couple of weeks later, had to stop with bike problems several times, but able to get it Dunn. For the next 14 years, I competed in sprints, and Olympic distant races, as well as took over as Race Director of the Fran Dunn in 1991, and to this day continue to be Race Director. About this time we started the PA Tri Club, and I am the only original member to be still involved. In 2000 I competed in my first Half Ironman in Stoney Plain, to date I have completed 29 Half Distance races. The next year in 2001 I completed my first Ironman Canada, which I continued to do for 11 consecutive years. I also competed in the Challenge series in Penticton, as well as Ironman Florida, Chattanooga, Arizona, and Mont Tremblant. I am looking forward to competing this August in Penticton for my 18th Ironman. I am in my second stint with the Sask Tri-Board, served for a few years in the early 90s and have been on the board for the last 10 years. Really looking forward to what this Board can accomplish and am happy with the direction we are heading in!!!

I’m a Saskatchewan transplant, originally from Ontario. I got my start in endurance sports in with a full marathon here in Regina a few years back and I’ve been hooked ever since. My first venture into triathlons came a few years later mostly participating in sprint distances. As someone still relatively new to the sport, I can bring a fresh perspective to a new triathlete looking to get active within the triathlon community.

Rick has been active in endurance sports for over 20 years completing in running and triathlon events including representing Team Canada at the 2019 ITU Multisport World Championship in Pontevedra, Spain.  Professionally he brings over 25 years of financial services industry.  Currently, Rick holds the position of Director, Wealth Strategies at Affinity Credit Union.  At home Rick’s family includes his wife and two children who are active in the swim/bike/run community. Being part of the triathlon community is a lifestyle which includes spending time living with family and friends in the sport

I am married with 2 children ages 16 and 14. Both of my kids are accomplished triathletes. As a family, we have been active in the triathlon community for a number of years with both children competing in KOS, Living Sky, Echo Lake, BGMI and many out of province Triathlons. Due to the kids interest, I have become more involved and have been participating myself, competing in the Living Sky Triathlon and Bridge City Duathlon. I am a firm believer in Sport for life and am aiming to instil healthy living in my children by leading by example.

Dr. Yvonne D. Cafik Harrison is Acting Executive Director. Yvonne has served on the TriSask Board of Directors since 2018 as Director and Chair of the Coaching Committee and most recently, President.  Yvonne comes to the position with expertise in the leadership and governance of nonprofit and voluntary organizations having spent over two decades working to build their capacity as a professor of public management and nonprofit leadership in Canada and the USA.  Yvonne brings to the position experience in the sport of triathlon as an athlete (super sprint to Ironman), coach (Level I ski instructor, Provincial B Prep, Provincial C License soccer), and community organizer (responsible for accreditation and volunteers for the 2002 FIFA U19 Women’s World Cup (Victoria Venue).

Brendan is married to wife Nicole and has two daughters Lily and Ruby.

Brendan graduated from the University of Regina in 2005. Upon graduation, Brendan started with Level 10 as a personal trainer as well as a strength and conditioning coach.

In addition, Brendan is also an accomplished triathlete himself. He has seen success over the years and continues to perform at a high level.

Triathlon Saskatchewan is elated to have Brendan as Head Coach.

In the Winter of 1985, Don Gallo, Founding President of the Saskatchewan Triathlon Association Corporation issued our first newsletter. This newsletter’s opening paragraph provides an excellent summary of the beginnings of STAC:

Saskatchewan Triathlon Association Corporation (STAC) was conceived May 5th, 1985 during the Vancouver Marathon.  It was in that race that I met Glen Morrison, the president of United Triathletes of British Columbia (UTBC).  Glen encouraged me to start an organization and gave me names of people in Saskatchewan who were interested in developing the sport of triathlon.  This ‘push’, and my personal feeling that information about triathlons  in our province and other provinces was not readily available, prompted me to incorporate in August 1985. 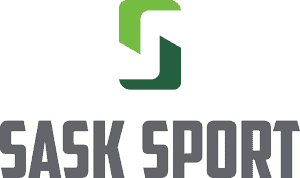